BANGUED, ABRA-  Despite the effects of the magnitude 7.0 earthquake which occurred on July 27, this did not shaken the spirit of Bayanihan and determination of member-agencies of the Cordillera Regional Disaster Risk Reduction and Management Council (CRDRRMC) with its response cluster lead Department of Social Welfare and Development Field Office Cordillera (DSWD Field Office Cordillera) it remained as it led the swift delivery of disaster response for the affected communities most especially in the province of Abra- the hard-hit province of the recent earthquake.

DSWD Field Office Cordillera together with Field Offices 1, 2 and DSWD National Resource Operations Center (NROC) provided food and non-food items to the earthquake-stricken victims in the different provinces in the region.

In San Quintin, Abra, 42 year-old Criselda Calonzo, an evacuee of the town recalled the day of the earthquake wherein they thought it would not occur for long. However, the strong earthquake brought alarm on their part where they decided to temporarily leave their homes.

She also thanked the Local Government Unit (LGU), DSWD, and Red Cross for providing their needs in the evacuation camps.

In a neighboring town, in Sagap, Bangued, tricycle driver Victor Nalimma together with 87 families took shelter in one of the evacuation centers. With the strong tremors from the earthquake, it did not spare him with hollow blocks stumbling upon his body which resulted to injuries in his arm and leg.

Nalimma is a recipient of financial assistance through the AICS and food and non-Food Items. He thanked the agency for the food and non-food item that they received adding the financial aid will also help him to buy his medicines.

DSWD Field Office Cordillera OIC Regional Director and Assistant Regional Director for Administration Dir. Enrique H. Gascon Jr. said with the camaraderie of each agencies and LGUs, the delivery of social services will continue in the region.

The relief items from the region and donations from various donors was delivered with the help of men and women of the Provincial Action Team Abra, DSWD CAR, Cordillera Regional DRRM Council who have worked day and night in order to ensure the provision and delivery of relief items.

Meanwhile, Director Gascon expressed gratitude to the partner-agencies from the logistics cluster for their relentless and dedicated support during the disaster response operations. 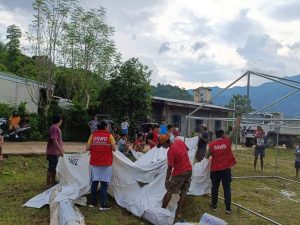 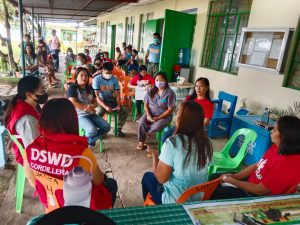 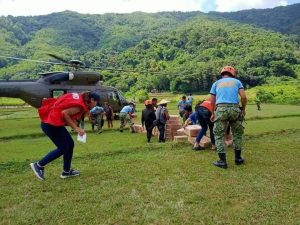 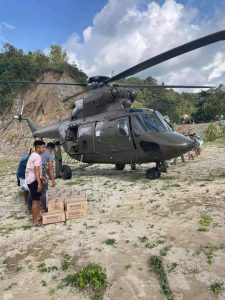 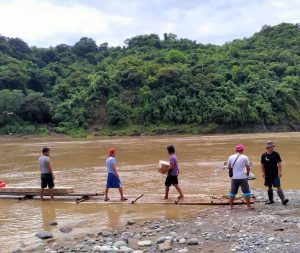