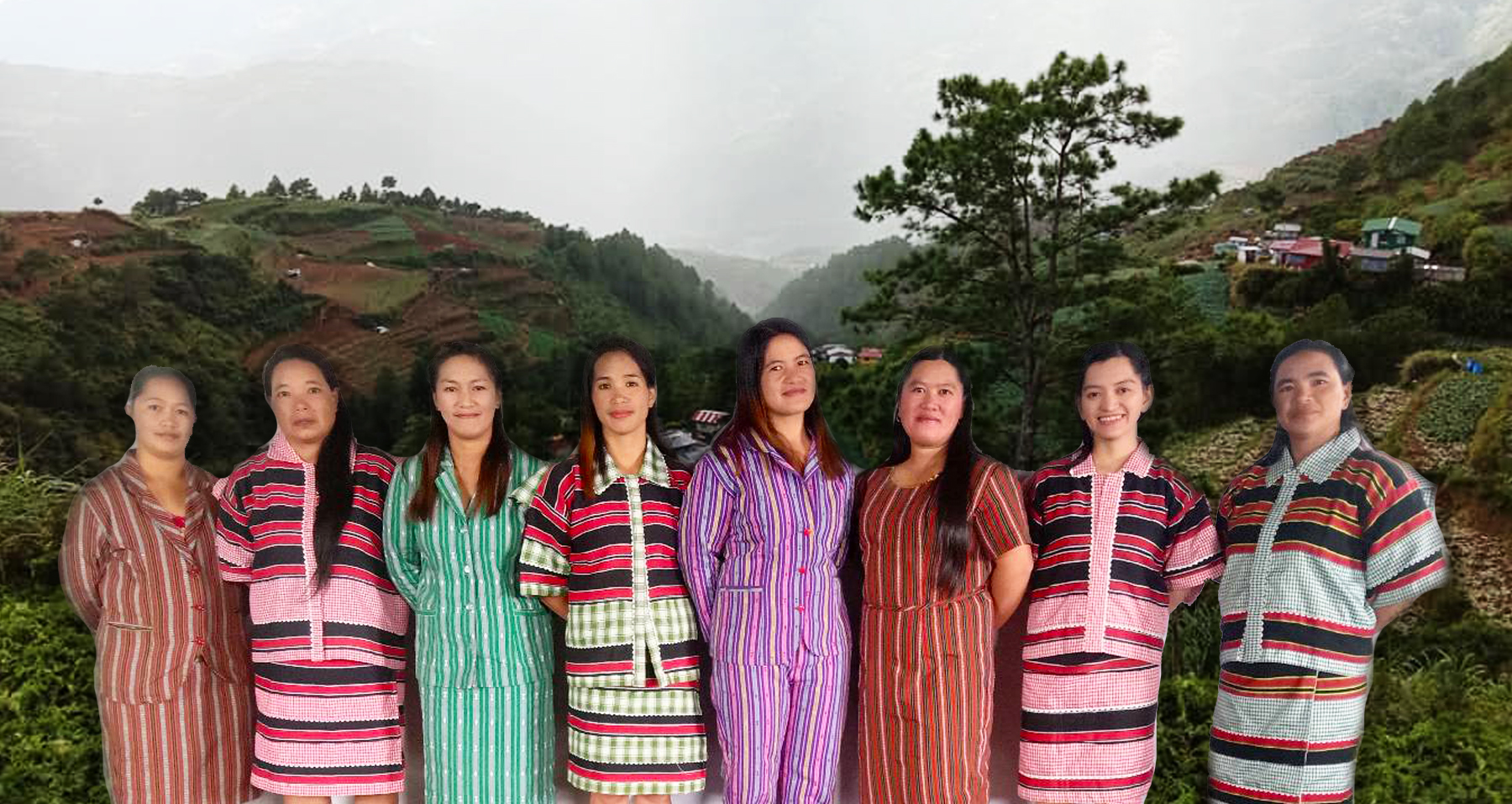 As the old proverb goes, “you reap what you sow”, the women of Sitio Pugo in Barangay Baculongan Norte have been planting seeds of volunteerism for six years now.

Standing at the beginning

Situated an hour away from Abatan, the market center of the Municipality of Buguias, is a community surrounded by vegetable terraces. It is hard to imagine that an hour transport of crops used to be an additional hour of manual hauling due to the muddy and rocky roads in the barangay. The farmers are left with no choice but to wait at the end of the year to plant their crops. This way, they can harvest during the summer season when the road is dry and trucks can pass to transport their produce to the market. The long and bumpy travel has always been a challenge not just to the truck drivers but even to the farmers as it would cause their produce to wither even before reaching the market. From 3,000 kgs of cabbage, 400-600 kgs would be damaged due to the manual hauling and transfers of their crops.

“Dati ket kinnomboy iti maikasta nga mangipan ti lako mi idiyay market. Gapo iti kinaadayo na ket madadael dagiyay nateng, haan nga malako amin. Ngem idi inmay diyay kalsada ket dumanon idiyay farm diyay lugan isunga uray nababa iti presyo na ket at least malako amin, awan iti masayang. (We used to manually haul our produce and bring it to the market. Because of the long travel, the vegetables would wither and not all of the produce is sold. But after the road construction, the trucks were able to reach our farms. Even if the price is low, at least all of our produce is sold)”, shared Mrs. Renilla Fernandez, a community volunteer.

This has been the way the business ran. That is why when the rehabilitation and concreting of their barangay roads started, a great relief has been brought to the community. Aside from the great help in the increase of their sales, transporting the sickly, pregnant, and elderly to the hospital has become easier for the community.

Bumps along the way

One of the government programs that have funded the development of the roads in Barangay Baculongan is the Kapit Bisig Laban sa Kahirapan-Comprehensive and Integrated Delivery of Social Services (KALAHI-CIDSS) Program of the Department of Social Welfare and Development. However, the program does not end in giving funds for infrastructure that is aimed to address the needs of the community and lead in its development, rather it encourages the community to become accountable for it.

Being new to the program, most of the community members were adamant in processing the paperwork for the community project, including the preparation of documents before the project fund would be downloaded to the community account. To prepare the community volunteers, various training sessions are conducted. This includes training of procurement process, fiduciary documents, among others. In due time, their neighbors were able to see the volunteers’ efforts which inspired them to help and be more active.

“We were able to learn how to process the documents that were unfamiliar to us, like the procurement documents. We used to think that the way project implementation works is merely using the fund that was provided to purchase for the materials and pay for the labor. With our experience, we realized that a lot of documents and due process is needed before the fund is released.” as narrated by Fernandez in their local dialect.

Together with the assistance of the program staff and the local government unit, the community volunteers themselves prepares the needed documents for the project. They are also responsible in the inspection of the materials being delivered and in ensuring that the fund is utilized to its rightful purpose.

Aside from these tasks, the women were also involved in the construction of the roads. You would be surprised by how much their frail body can carry. They have been very helpful in hauling gravel and mixing cement for the road construction.

“As women, we were very much empowered. We used to think that construction jobs are only for men since it involves heavy load work. But after we joined them in the construction of the road, we realized that we can actually do what they can do” added Fernandez.

Dulawan recalled how her husband would willingly ferry her to the project site. She also recalled how another community volunteer hurriedly left her baby to her mother in the middle of changing the baby’s diaper to get to the site in time for inspection. To some of them, their husbands would willingly take care of their children and household chores during their day-off to help their wives.  All these memories they giddily shared. They also acknowledged that the support of their family was a great help for them to perform their functions as community volunteers for the successful implementation of the program.

However, this positive impact can only last as long as the road is maintained to a state where it can perform its required function. Thereby, the need to tap an Operations and Maintenance Group where these sub-projects are turned over to. Usually, it is the barangay local government unit that is tapped to perform such functions. But for the case of Baculongan Norte, the Pugo Women’s Association (PWA) whose members were also the community volunteers of KALAHI-CIDSS, have always been active in maintaining their barangay roads through their semi-annual activity of “patpat-gaat” which involves the removal of overgrown vegetation and debris and other materials that block the roadway.

This activity was further strengthened by being the O&M Group of the newly constructed roads. Aside from the scheduled semi-annual conduct of patpat-gaat, with the men of their community, they were also the first responders in clearing the road during landslides.

Just like every other O&M Group, an operational fund is needed for the maintenance activities. In response to the need, the Pugo Women’s came up with the strategy of collecting tariff from the vehicles that regularly use the road.

Fernandez shared that the collection of tariffs started in 2015 before the concreting of the roads. They were able to collect an estimated amount of Php 15,000.00 yearly. However, after the concreting of the roads from 2019, the Association was able to collect around PhP 33,000 to PhP 40,000.00 funds from the tariff yearly. The funds collected was used for the construction of three lay-bys and repair a typhoon damaged road that has an estimated stretch of 50 meters.

With the help of Buguias Municipal Planning and Development Officer Engr. Johnny M. Carlos, they were able to expand to the neighboring Barangay Loo to participate in paying the tariff fee as their trucks regularly passes the road.

This year, the PWA is looking forward to building a stronger association and to start a farm supply store as an additional source of operational fund and to provide livelihood to some of their community members.

Six years after being formally registered as an association and being an active volunteer in their community, the Pugo Women’s Association were lauded as the Best Volunteer Group during the 2021 DSWD National PaNata Ko sa Bayan Awards. Beforehand, they have also been declared as the Regional Best Volunteer Group in the Field Office Cordillera.

“The activities that we were doing were for our community. We never thought that we would be noticed and be given a National award” emotionally shared Fernandez.

Mrs. Marlyn Ordanza, also a community volunteer and current vice-president of the Pugo Women’s Association heartfully thanked the DSWD, their Municipal and Barangay LGU in all their help and for the recognition that was given to them. She also shared that they were further inspired to continue the volunteer work they are doing.

Indeed, it may take a few years for one’s effort to be recognized but when you do the task you are given heartfully, the world will eventually notice your light. #DSWD-CAR, Social Marketing Unit, Eden Faith S. Fataner