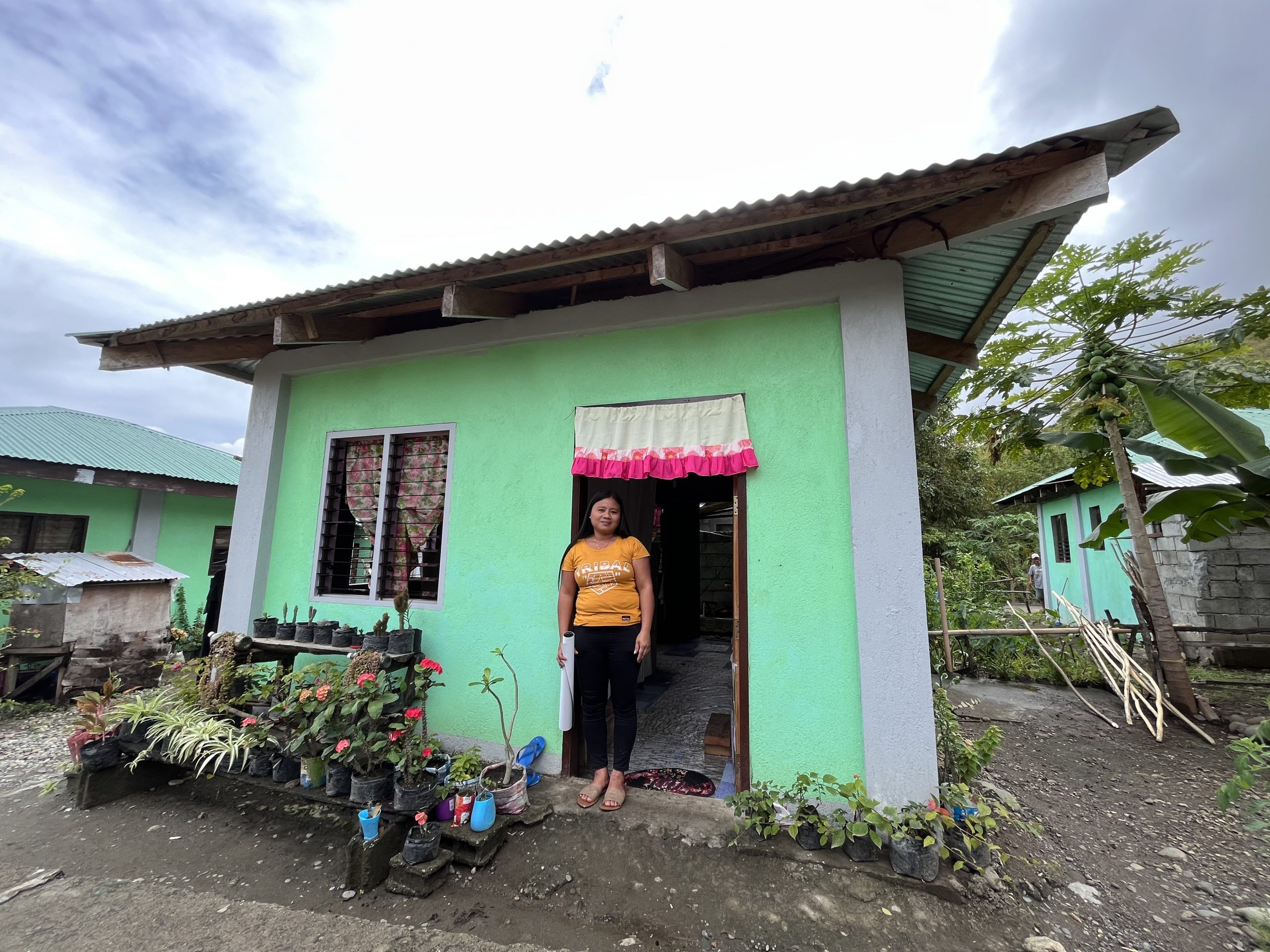 Cordillera Administrative Region (CAR)- Eighty-nine (89) families from Tabuk City in Kalinga Province recently received their certificate of ownership from the Department of Social Welfare and Development (DSWD) with the Local Government Unit of Tabuk during the Turn-Over Ceremony of Shelter Units constructed under the Core Shelter Program of the DSWD.

86 of the families awarded with the core shelter units have been affected by Typhoon Lando in 2015.

Cabrera also highlighted that the core shelters are manifestation of the spirit of bayanihan in the community.

In 2015, the DSWD FO CAR provided around PhP 11,180,000.00 worth of core shelter assistance in support of the recovery and rehabilitation of the communities affected by TY Lando.

The Core Shelter Assistance is one of the programs provided by the DSWD as an augmentation support to local government units and their communities which aims to relocate families residing in unsafe zones to more stable areas to mitigate hazards to life and poverty that may result from natural or man-made disaster.

From December 2021 to February 2022, DSWD FO CAR was able to turn-over 384 core shelter units in Apayao, Benguet, Kalinga, and Mountain Province. Of which, 96 units were turned over in Natonin, Mountain Province, 85 units and 29 units in Flora and Pudtol in Apayao respectively, 66 units in Bakun, Benguet, and 89 units in Tabuk City, Kalinga.

The DSWD allots PhP 130,000.00 for each core shelter unit and the amount could be used for the construction of the basic portions of infrastructure. Beneficiaries are allowed to enhance the infrastructure given that they maintain the required standards for the main unit.

“Our core shelters have been thoroughly designed and planned by professional thus assuring the safety and comfort of our beneficiaries. But should we see upgrades, we would be glad to because this would mean that our beneficiaries have already embraced the ownership of these units”, DSWD FO CAR Regional Director Arnel B. Garcia, CESO said in a statement.

“Dati makigigiyan kami laeng, tatta ket asla maymayat ti ritna min ta komportable kamin iti uneg iti balay mi (We used to live with [our relatives] but we are now more comfortable living in what we call our own home)”, Myrna Bonilla, one of the recipients shared.