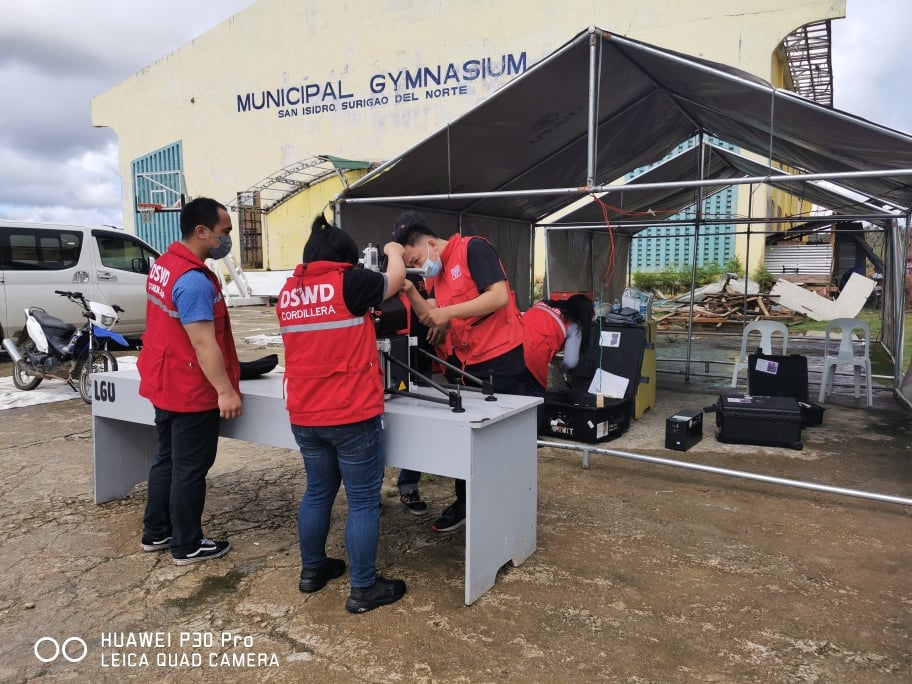 At a glance, the roof of the Municipal Hall of an Isidro, Surigao Del Norte was blown by the strong winds and rains brought about by Typhoon Odette, electrical posts, broken communication lines, and fallen trees scattered on the road.

On the said day, the team assisted San Isidro Local Social Welfare Development Office and municipal employees to connect to the wireless network and calls via SAT phones. A total of 22 personnel were able to resume their important work-related activities including accessing messages and emails, and report to their supervisors.

“The INMARSAT is one of the technologies available to the DSWD which is used during disasters as telecommunication services are usually affected. With the help of our partners such as the Central Office we are able to acquire of the technology through subscription which is activated during disaster. It was given to DSWD FO CAR in 2017 and also used in Apayao back in 2018, now we are able to continue using the technology”, DSWD FO CAR Regional Director Arnel B. Garcia, CESO II shared.

Director Garcia also shared that aside from the relief items, the DSWD FO CAR is preparing Response and Recovery Teams for augmentation.

“We have already composed three teams each for communication and data management, warehouse management, psychosocial support, camp coordination and management, and escort and deployment that are ready for augmentation to CARAGA, Region VI, Region VII, and Region VIII. We also have 13 special disbursing officers ready to assist should there be a need in the aforementioned regions”, Director Garcia said.

“All of these efforts are results of our Inter-regional Operationability on Disaster response with Oplan Binnadang as one of the pilot activities. It is not just within the region that we are extending our help but to the communities affected by TY Odette, but we are also supported by other Field Offices in Luzon that were spared from the typhoon’s wrath” Director Garcia added.